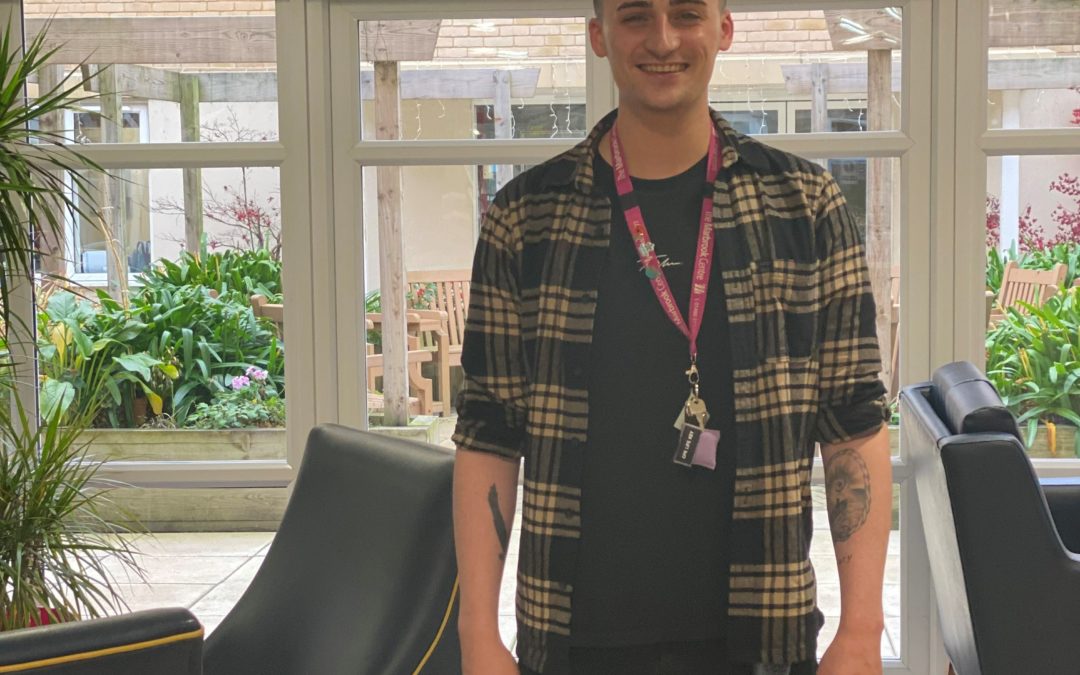 Harley has been with The Marbrook for almost 2 years and started as a Care Assistant. After just a short while, Harley’s potential was recognised and he was promoted to Senior Care Assistant and then to Team Leader.

Harley says that he had no plans to work in care and at a younger age wanted to be a teacher. After working weekends in a kitchen at a local care home, his then manager encouraged him to try a care role and, nearly ten years later, we are lucky enough to have Harley as part of The Marbrook family.

‘I was at a point where I was ready for a change and The Marbrook Centre was well known for their quality of work, so when I was offered a job as a Care Assistant I happily accepted as I admired the work they do. I felt that the Marbrook Centre was able to offer me opportunities to progress in my career within care’

We asked Harley what the best part of his job is, and his reaction – ‘spending time with the residents of course!’ He admits that working in healthcare can be challenging, but that there is so much to gain out of getting to know the people that he supports on a daily basis.’

‘I lead a wonderful group of people and they go above and beyond to make sure that every resident is not only looked after to the highest ability, but feels loved. As a team leader it is important to practice good leadership and kindness to residents, families and staff, but also to have fun!’

We asked him what skills he thinks are needed to fulfil a role at The Marbrook Centre; ‘A level head, patience and love! It is less about what qualifications you may have and more about your attitude and what you can bring to the role. I think it’s also important to have a bit of grit. There are parts of the role that aren’t so glamorous after all’.

And finally, some advice from Harley for anyone considering a role in care… ‘Be kind to yourself and remember to have fun. When you can see your hard work directly making a difference to so many people every day, it makes a difference to you too.’

If you have ever visited The Marbrook Centre, you’ll know how lovely it is to have Harley around and how easily he can light up a room. 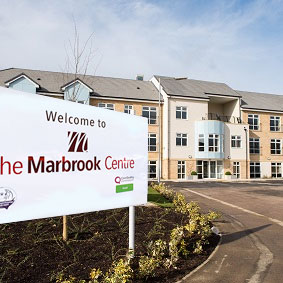 This website uses cookies to improve your experience while you navigate through the website. Out of these cookies, the cookies that are categorized as necessary are stored on your browser as they are essential for the working of basic functionalities of the website. We also use third-party cookies that help us analyze and understand how you use this website. These cookies will be stored in your browser only with your consent. You also have the option to opt-out of these cookies. But opting out of some of these cookies may have an effect on your browsing experience.
Necessary Always Enabled
Necessary cookies are absolutely essential for the website to function properly. This category only includes cookies that ensures basic functionalities and security features of the website. These cookies do not store any personal information.
Non-necessary
Any cookies that may not be particularly necessary for the website to function and is used specifically to collect user personal data via analytics, ads, other embedded contents are termed as non-necessary cookies. It is mandatory to procure user consent prior to running these cookies on your website.
SAVE & ACCEPT
Social media & sharing icons powered by UltimatelySocial